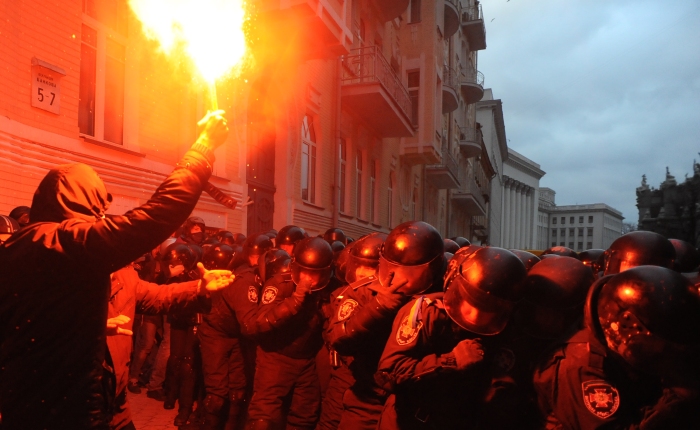 In her excellent book, On Reading Well, Karen Swallow Prior notes how virtue can slide toward “excess” and not merely deficiency.

[The] virtue of courage is found between the excess of rashness (a vice) and the deficiency of cowardice (also a vice).

Aristotle made this point in his Nicomachean Ethics. But I’ve been thinking about it in regard to justice.

Justice, after all, might be the word of the year for 2020—along with “apocalypse” and “social distancing.” Unfortunately, even a noble thirst for justice can get twisted by our sinfulness.

JUSTICE AND THE TERROR

Consider these words from Maximilien Robespierre, the social justice warrior/talk radio host of the French Revolution.

“Terror is nothing other than justice, prompt, severe, inflexible; it is therefore an emanation of virtue.”

Robespierre helped orchestrate the so-called “Terror” in which thousands of French citizens were guillotined, some for no reason other than the pent-up vengeance of the mob.

He was an “influencer” who was obsessed with severe justice. But he lacked mercy, and the monster he helped create devoured him. He was guillotined in July of 1794 as the Jacobin regime collapsed around him.

This raises an important question: Was the murderous bloodletting of the guillotine an “emanation of virtue”?

Perhaps so (at least in some cases). But that doesn’t make it right.

The problem lies—as it does with every severed head—in the distance between the body of motivating virtue and the blood that “emanates” from it.

In other words, an act can start (or emanate) from a desire for justice, even while it results in flailing vengeance that is itself unjust. Violence begets violence. Victims become perpetrators.

When justice becomes a god, she begets vengeful demons.

There he tells the story of two Christians who could stand in for many others.

“They represent what I see repeatedly. Christians grow up in faith defined as an individual relationship with Christ. When they learn that God cares about justice, and when they see the whiteness and complicity of the faith they claim, they either become tied tenuously to that faith, mocking many aspects of it, or they leave it all together.”

In these cases, the bitterness is directed toward Christ and his bride.

Some of that is understandable, and especially when certain evangelicals assume that the solution is to deny systemic injustice altogether (see here).

There is a better way.

Justice is not about domination or identity politics or even getting what is fair. Justice is about realizing right relationships, making right what is broken between us—including fixing our systems. Jesus’ justice is shalom: peaceful, equitable community in communion with YHWH, directed and empowered by the Spirit of Christ, certain to come to pass by God’s power and not our own.

Neither complicity nor vengeance will do. Neither deficiency nor excess.

The human tendency to “excessorize” virtue (not least through signaling) is worth remembering in this strange year of 2020.

We must guard not only against apathy but also anger that turns into bitterness, vengeance, and self-destruction.

To cite a philosopher far older than Aristotle, we must not only “act justly” but “love mercy,” and “walk humbly” with our God (Micah 6:8).

For my full interview with Karen Swallow Prior, you can listen to it on my podcast, Outpost Theology.

Want to support this blog? Here are some other things I’ve written: