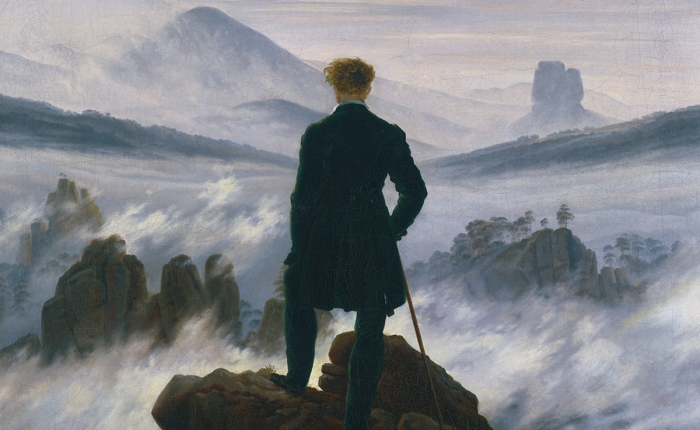 How’d we get here?

That’s the question Carl Trueman tries to answer in his new book, The Rise and Triumph of the Modern Self: Cultural Amnesia, Expressive Individualism, and the Road to Sexual Revolution (Crossway, 2020).

The project’s origins involve Trueman’s curiosity over a now-common phrase which he claims would have baffled people like his late grandfather: “I am a woman trapped in a man’s body.” How did we arrive at a point where this statement now seems not only common but–in some settings–impervious to criticism at the risk of punishment?

Since I just finished Trueman’s book, I thought I’d craft a quick review of it, noting both what I appreciated and where I might differ. (See guys, I do still have a blog! All it took was me catching COVID to write a new post!) This first installment is merely an overview of Trueman’s work. If you want my “hot takes” you’ll have to wait till part two.

The key claim of Rise and Triumph is that one cannot understand the modern revolution regarding sexuality without going deeper—to talk about the transformation of the modern view of “selfhood.”

While sex used to be something one did, it is now considered constitutive of identity in a way that is novel throughout human history. It is about who you are at your most primal level. Thus, the evolution of selfhood, not sexuality, is at the heart of Trueman’s historical survey.

“The self must first be psychologized; psychology must then be sexualized; and sex must [finally] be politicized” (221).

The first move is traced through Rousseau and the Romantic poets. The second involves Freud with an assist from the authority of scientific verbiage after Darwin. And the third involves a look at Nietzsche, Marx, and their (post)modern inheritors.

I’m obviously skipping rather quickly past several hundred pages, but before I turn to my own takeaways (part two), a bit more context is in order.

Trueman credits three philosophers for helping him to diagnose the pathologies inherent in the modern view of selfhood: Philip Rieff, Charles Taylor, and Alasdair MacIntyre. The contributions of these thinkers are too complex to summarize in a brief post, but others are certainly correct to note that one of Trueman’s accomplishments is to distil and simplify key facets from these thinkers for an audience that may not have read them.

One of his central takeaways involves the triumph of the therapeutic impulse. This includes the mentality that inner psychological well-being (i.e., how a person feels) is every bit as important as damage done to a person’s physical body or property. Thus, Trueman:

“While earlier generations might have seen damage to body or property as the most serious categories of crime, a highly psychologized era will accord increasing importance to words as a means of oppression. And this represents a serious challenge to one of the foundations of liberal democracy: freedom of speech.”

“Once harm and oppression are regarded as being primarily psychological categories, freedom of speech then becomes part of the problem, not the solution, because words become potential weapons.”

This is just one insight that Trueman draws from his three philosophical helpers.

Lastly, Trueman seeks to root his history of ideas in some contemporary case studies that include the world of art (surrealism), the Supreme Court, pornography, pop music, and the addition of the “T” into the fragile alliance between feminism the LGBT+ movement. All this serves to keep the book from becoming too focused on key thinkers without any “bridges” (Trueman’s word) to popular culture.

It’s all too much to summarize here, but one last point now bears repeating: Trueman’s stated aim (regardless of whether he actually achieves it) is that the book be neither a lament nor a polemic—though it is abundantly clear that he has much to criticize. As he writes in the Introduction,

” … giving an accurate account of one’s opponents’ views, however obnoxious one may consider them to be, is vital, and never more so than in our age of cheap Twitter insults and casual slanders” (31).

His goal and tone are therefore somewhat different from the many popular level treatments of these subjects from so-called evangelical thought-leaders. (Most of those texts have some version of the word “woke” in the title.) As Trueman notes, a necessary precursor to engaging in these increasingly-polarized discussions is to understand a bit about the question that began this post:

How’d we get here?

(In part two I’ll share my own thoughts on the strengths and weaknesses of Trueman’s history.)

See here to purchase a copy of Perhaps: Reclaiming the Space between Doubt and Dogmatism.