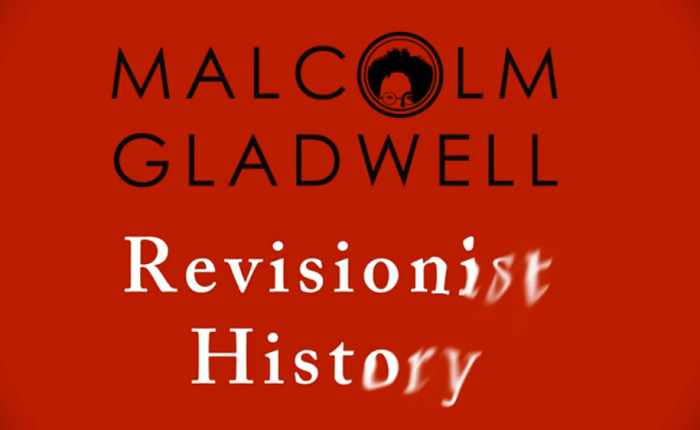 “Preaching,” said the late, great Haddon Robinson, “is like playing the violin: it’s easy to do badly.”

If you’ve tried it, you know.

I teach preaching to college students. Yet I am acutely aware that I am still a novice. Like many pastors, I often sit back in my seat after the message with that line from W.E. Sangster running through my head: “Next time, I shall preach!”

Even so, the fact is that we preachers can learn a lot from the communication habits of non-preachers, like Malcolm Gladwell in his fantastic podcast: Revisionist History .

One of my most popular blog posts (here) was on another episode of Gladwell’s podcast. But this piece is on his most recent episode, entitled: “Malcolm Gladwell’s 12 Rules for Life.”

The title is misleading.  Because while Jordan Peterson offers a dozen rules for living, Gladwell has only one:

Without spoiling the episode, Gladwell’s basic point is this: In order to make wise decisions when others won’t, you need at least two things:

Most of us have neither.

Hence, like the majority of hockey coaches, we refuse to “pull the goalie” till the very last minute, when tradition and opinion dictate–and when it’s already too late.

My point is that preachers (like myself) could learn a lot from Gladwell’s podcast—and from this “puckish” episode particularly.

1. One point to rule them all

The first takeaway involves the elegance of a single, simple big idea.

Gladwell doesn’t give his hearers a list of points as I often do in sermons — because lists aren’t memorable (including this one).

Instead, he gives them one intriguing big idea: “pull the goalie.”

For as J.H Jowett argued:

No sermon is ready for preaching, not ready for writing out, until we can express [it] in a short, pregnant sentence as clear as crystal.

While this doesn’t prohibit a good sermon from having points (I’m working on one now for Sunday), it does mean that those movements should come in service to a single, simple big idea.

But the phrase is “pregnant” because it demands unpacking.  Its brevity gives birth to a variety of explanations and applications.

In fact, it needs unpacking because the phrase is enigmatic till explained.

Its meaning isn’t obvious (outside of hockey). In my experience, the best big ideas are often opaque at first blush.  They require elaboration, despite their “stickiness.”

“Unless you hate your father and mother…” would be case in point.

In preaching, as in life, “boredom is a form of evil” (another Haddon Robinson quote).

Thus the value of a counterintuitive message is its ability to get people interested.  Getting someone to say “Huh…!?” means they’re listening.

“Blessed are the poor and persecuted…” does that.

But “interested” isn’t enough; the statement must also be true.

For Gladwell, the counterintuitive use of “pull the goalie” is supported by a mass of evidence from hedge funds to homicide statistics.

While Gladwell’s research is often esoteric, he never fails to make it matter.

Hence “Pull the goalie” is applied to far more than hockey.  As he argues, it could be the difference between life and death.

(Pay attention if you own a handgun.)

In some cases, the difference between a fascinating preacher and a “fired” one is the ability to say something provocative and then move to qualify it appropriately.

One must anticipate the objections of the audience and then answer them in the sermon, as opposed to waiting for a series of angry emails (or board meetings).

Jesus didn’t always do that.

But he was God.

And also, they killed him.

Unlike many of my mediocre sermons, there is no doubt about what Gladwell’s big idea is—because he repeats it with emphasis on more than one occasion.

And by the end, it’s not some trivial bit of Canadian appropriation (though Gladwell is Canadian); it’s a rule for life–and preaching.

Each newsletter will contain material not available on the blog, including excerpts and info on forthcoming books.

I will not clog your inbox, and I will not share your email address. As Jeff Buckley quietly drowned in a Memphis tributary in 1997, he could not have known that this tragic accident would lead to immortality. If not for him, then for the mostly unknown song that he had covered: Leonard Cohen’s “Hallelujah.”

The song itself is almost universally recognized as a preeminent example of modern songwriting. Seemingly every artist has covered it (I shamelessly prefer the Rufus Wainwright version (here)).

Yet if Buckley hadn’t waded, fully clothed, into that slack water channel—wearing cowboy boots and singing Led Zeppelin’s “Whole Lotta Love”—you might not even know the song.

And that’s another tragedy.

This is but one revelation in the latest installment of Malcolm Gladwell’s Revisionist History podcast. The episode is entitled “Hallelujah,” and it explores two ways that genius happens (download here).

The first form of genius is what we typically think of when we use the word. It can be seen in artists like Picasso, Melville, and Bob Dylan. These preternatural talents produce their masterpieces in quick bursts of confident and superhuman giftedness. Gladwell calls these Conceptual Innovators.

The second form of genius is what Gladwell calls Experimental Innovators. And these are very different. They spend years tinkering and dismantling their own work, never fully satisfied with it. Cezanne was like this. Many of his greatest paintings went unsigned, because he was not ready to admit that they were done. In other cases, he required a hundred sittings for a single portrait.

Cohen worked obsessively on Hallelujah for five years—FIVE YEARS—writing upwards of sixty verses. That’s insane. And if you’ve heard his “finished” version, you know—it’s terrible. It sounds like a Baptist choir got drunk and then sang background for a sad Neil Diamond. It’s offensive.

Picasso, meet Cezanne. Cezanne, try not to choke him.

NOT A VICTORY MARCH

Then a series of unlikely events takes place. Here are the cliff-notes:

From the swirling waters of the Mississippi, a daimon (Greek for “genius”) rises.

So what’s the point?

For Gladwell, one lesson is that genius comes in more than just one form. There is Dylan, bleeding brilliance in the time it takes to nuke a hot pocket. But there is also Cohen (and Cezanne), for whom genius, to quote W.B. Yeats, “comes dropping slow,” and through endless edits and reiterations.

For these folks, there is no “secret chord” to please the ear upon first listen. Instead, there is a long slog. And in such cases, time is a key ingredient.

But that’s not the only lesson here.

I USED TO LIVE ALONE BEFORE I KNEW YOU

My takeaway involves how much help Cohen needed all along the way. In short, he needed to be rescued from his own conception of what the song should be.

To be sure, Cohen is a genius. And the brilliant words are his. But he was also terrible at separating the good bits from the bad. And he lacked an ear for how the song should sound. John Kale fixed that. Then Jeff Buckley brought his voice, his artistry, and his good looks. (Picture Jesus, but with better fashion sense.) Still, even this may not have been enough. In the end, it took a tragedy as well.

So, in the end, Cohen’s work needed not just TIME, but HELP as well.

And neither of those words are usually associated with “genius.”

We like to picture our geniuses like Dylan or Picasso. Solitary. Effortlessly churning brilliance at breakneck speed, as if tapped into a spiritual force beyond themselves.

Which is what “genius” meant originally.

For the ancients, it was not that someone WAS a genius (for life). Rather, it was that they HAD a genius (occasionally). In such rare moments, a spirit (daimon) inhabited them, and their work became transcendent.[1]

On this older definition, see this excellent TED Talk by Liz Gilbert (here).

But solitude and speed is NOT how “Hallelujah” happened.

And as someone who wrangles words for a living, that encourages me.

Personally, I take heart in knowing that even Leonard Cohen needed lots of TIME and lots of HELP to “make the mummies dance” in Hallelujah.

Even after years of work, this brilliant song was still sub-par.

But that was not the end.

Because writing is rewriting. Genius loves company. And good work takes time. Sometimes, it is a long and frustrating slog.

Yet in the Christian tradition especially, it is encouraging to know that even broken hallelujahs can be made beautiful.[2] 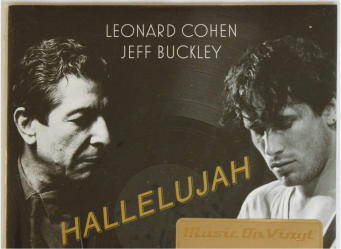 [1] The Old Testament has a related, though less pagan, version of this theme when speaking of Bezalel and Oholiab as artists filled with the divine Ruach (Exod. 31).

[2] For more on this fascinating story, see Alan Light, The Holy or the Broken: Leonard Cohen, Jeff Buckley, and the Unlikely Ascent of “Hallelujah” (New York: Astria, 2012).