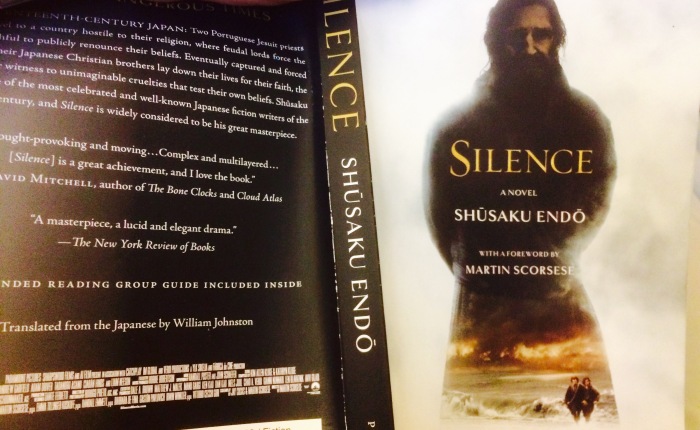 Is God’s speech sometimes more painful than his silence?

This is but one question raised by Shūsaku Endō’s classic novel.

For almost the duration of story, Father Sebastian Rodrigues longs for just one word from God on behalf of his persecuted people.

But when that word comes, it is the last thing the priest expected.

While I have yet to see the film adaptation of Silence by Martin Scorsese, I have just read the book for Lent.

It is not for the faint of heart.

The story follows the path of Jesuit missionaries as they set out for 17th century Japan.

After flourishing in a prior generation, Christianity now faces unspeakable persecution there as the faithful are brutally drowned at sea, slashed by samurai, and tortured over pits of human excrement.

In the midst of such butchery, Father Rodrigues sneaks ashore to serve the suffering Christians, and to investigate the whereabouts of his old mentor, Father Ferreira.

While Ferreira had been a celebrated missionary, rumors swirl that he has now renounced his faith and even trampled on a picture (fumie) of Christ as public proof of this apostasy.

Rodrigues must know if this is true.  Yet after a brief period of ministry, Rodrigues is betrayed, captured, and finally brought to meet the man that he has searched for: Ferreira.

The old priest has adopted the dress and customs of Japan, and he explains what led to his apostasy. After capture, he was hung upside down for three days over the dreaded pit, and all without recanting. But after being taken down, the local magistrate  devised a more insidious torture.

In his place, innocent peasants were suspended over the pit, and Ferreira was told that only his trampling upon the Christ-picture would free them. His choice was their torture or his own “apostasy.”

Eventually, Rodrigues is given the same choice, yet he resolves never to deny his Lord. Still, even before the fateful moment, the reader senses that Rodrigues’ resolve is sinking like the peasants in the sea.

His aching question throughout the novel has pertained to God’s silence in the face of suffering.

Why does he say nothing!?

“… the silence of God was something I could not fathom … surely he should speak but a word… .”

Indeed, this excruciating muteness provides a backdrop for almost the entire novel.

In the end, as Rodrigues is faced with the terrible choice, he looks down at the picture of Jesus—worn down and grimy from so many feet—and at long last he hears the voice of Christ, as clear as crystal:

“Trample! Trample! … It was to be trampled on by men that I was born into this world. It was to share men’s pain that carried my cross.”

The priest placed his foot upon the fumie [picture]. Dawn broke. And far into the distance the cock crew.

Is he more like Peter heading to his cross, or Peter just before the rooster crowed?

Is it actually “Christ-like” for the priest to endure what he perceives to be “damnation” so that others might be freed?

And which is more intolerable for Rodrigues, God’s silence or his unexpected speech?

Which is more intolerable for us?

Rodrigues and Ferreira are hardly the only Christians to wrestle with such questions.

The apostle Paul himself once claimed that, if possible, he would gladly be “cut off from Christ” if it meant salvation for the Jews (Rom. 9.3).

And in a different vein, the ardent pacifist Dietrich Bonhoeffer signed on to a plot to kill Hitler while refusing to justify such violence. Instead, he was resolved to “bear the guilt,” so that others might go free.

Did Rodrigues do that?

Neither Paul nor Bonhoeffer publicly denounced their Lord.

But what if Christ had commanded them to “trample”?

Would Jesus say such a word?

Despite unanswered questions, Silence remains, in many ways, a deeply Christian work—which explains why the Pope recently offered Martin Scorsese a blessing on the movie version.

But unlike so much that passes for “Christian” art these days, Endo’s masterpiece does not gloss over the dark travails of faith.

And as such, it fits perfectly amid the silent shadows of the Lenten season.