Love thy transgender neighbor. And thy other neighbors also.

Who knew that in 2016 the most disputed space in America would be a public toilet?

Whereas previously we would have been thrilled if someone merely cleaned such bathrooms, in recent weeks a number of policies have emerged to manage access to these sacred stalls. 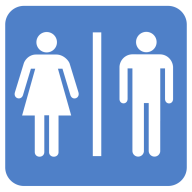 From progressives (and most notably Target), there was a move to allow essentially anyone to use the bathroom of their choice, provided that they claim to be transgender. This was done in the name of tolerance, while occasioning concerns for public safety. After all, some say, what is to prevent a deviant person from claiming to be trans in order to occupy the women’s restroom? Cries of “boycott!” soon followed.

Likewise, from social conservatives, there were a series of “bathroom bills” requiring that a person use the restroom corresponding to the gender on their birth certificate, or face penalties. This was done in the name of safety, while occasioning charges of transphobia. After all, many asked, is it really necessary to force the trans woman in a long dress, makeup, and high heels to use the male restroom or face fines? Who will enforce this? Shouts of “bigotry!” ensued.

What do I think?

As a Christian, I have deeply held beliefs about God’s design for gender and sexuality. I do not force these views on others, of course, but neither am I ashamed of them. Therefore it perplexes me that our culture increasingly sees gender as something detached from physical reality. (In the case of intersex births, the situation is more complex, but I am not talking about that here.) For both biological and theological reasons, my view is plain: physicality, not feelings, determines gender.

Yet at the same time, at the core of the Christian gospel is a call to LOVE thy neighbor. And that includes transgender persons too.

Indeed, one can tolerate others while despising them, but love requires more. Love reaches out, listens, protects, and serves. And love may also reason and disagree, for love refuses to be apathetic toward the beloved.

So back to the question:

Am I with those shouting “boycott!” or those claiming “bigotry!”?

In response, I would quote the next line from the above passage: “Neither” (vs.14).

My reason has to do with the fact that neither stated concern is entirely groundless, even while I find the methodology of some on both sides troubling.

With regard to the progressive concern (not the policy), it does not seem unreasonable, in public spaces, for us to calmly allow the trans woman, who in many cases has gone to great lengths to appear as female, to use the women’s toilets in peace. After all, where do you think she has been going? It’s not a marriage proposal. It’s a bathroom stall. So love thy transgender neighbor.

Likewise, with regard to the conservative concern, it isn’t hateful to have qualms about a blanket policy that makes all bathrooms open to all persons. To have such safety or privacy worries does not make one a bigot. Nor does it make one transphobic, since the object of anxiety (in the best cases) is not the average trans person, but those others who might abuse the policy. In fact, to hold this position may simply be an effort to love thy other neighbors also, especially women and children. (Hence the title of this post.)

In sum, neither of these basic concerns seems plainly wrong.

So what is problematic?

In my view, the trouble magnifies when both sides adopt heavy-handed policies (or laws) that cause more problems than they solve.

One side creates potential loopholes for sexual deviants, while whipping up the religious right into a boycott-happy frenzy. And the other places rigid requirements and penalties on a population that, for the most part, just wants to live in peace. Both results are bad. And when this furor erupts, it provides yet more fuel to the (absurd) progressive meme that traditional morality is the new Jim Crow.

Everyone loses, except those who use such controversies to their own ends.

So what would be a more responsible solution?

In a more civil society, neither side would feel the need to legislate (or policy-push) this issue in a heavy-handed manner.

In a more civil society, people who have transitioned to a particular gender identity would be loved and respected enough to use the public bathrooms in peace, without a birth certificate, without fear, and without the need for sweeping legislation.

I find this reasonable, not because I agree that gender is socially constructed, but because we should also be concerned for the safety of the trans person, who may be harassed (or worse) if they use the bathroom of their birth sex. Many of these people have been violently bullied, and Christians should stand against this violence as strongly we stand for our own convictions. We can do both.

Likewise, in a more civil society, the privacy and safety of other citizens (i.e. thy other neighbors) would be respected enough to halt the official abolition of our gender binaries. Such blanket policies do cause safety and privacy concerns, and they should not be adopted.

So, am I naïve to think that we could handle this public bathroom issue without sweeping legislation from either side?

My approach shows no signs of being adopted.

Still, whatever happens, the way of Jesus calls us to be people of grace and truth. And that means loving our transgendered neighbors as well as seeking to protect our other neighbors also.

A civil society could do both. And as Christians, we should strive for that.

joshuamcnall Joshua McNall (PhD, Manchester) is Associate Professor of Pastoral Theology and Ambassador of Church Relations at Oklahoma Wesleyan University. In his free time, he enjoys golf, doing CrossFit with friends, and spending time with his wife, Brianna, and their four kids (Lucy, Penelope, Ewan, and Theodore).
Published May 3, 2016June 30, 2016

7 thoughts on “Love thy transgender neighbor. And thy other neighbors also.”